Load for the Period 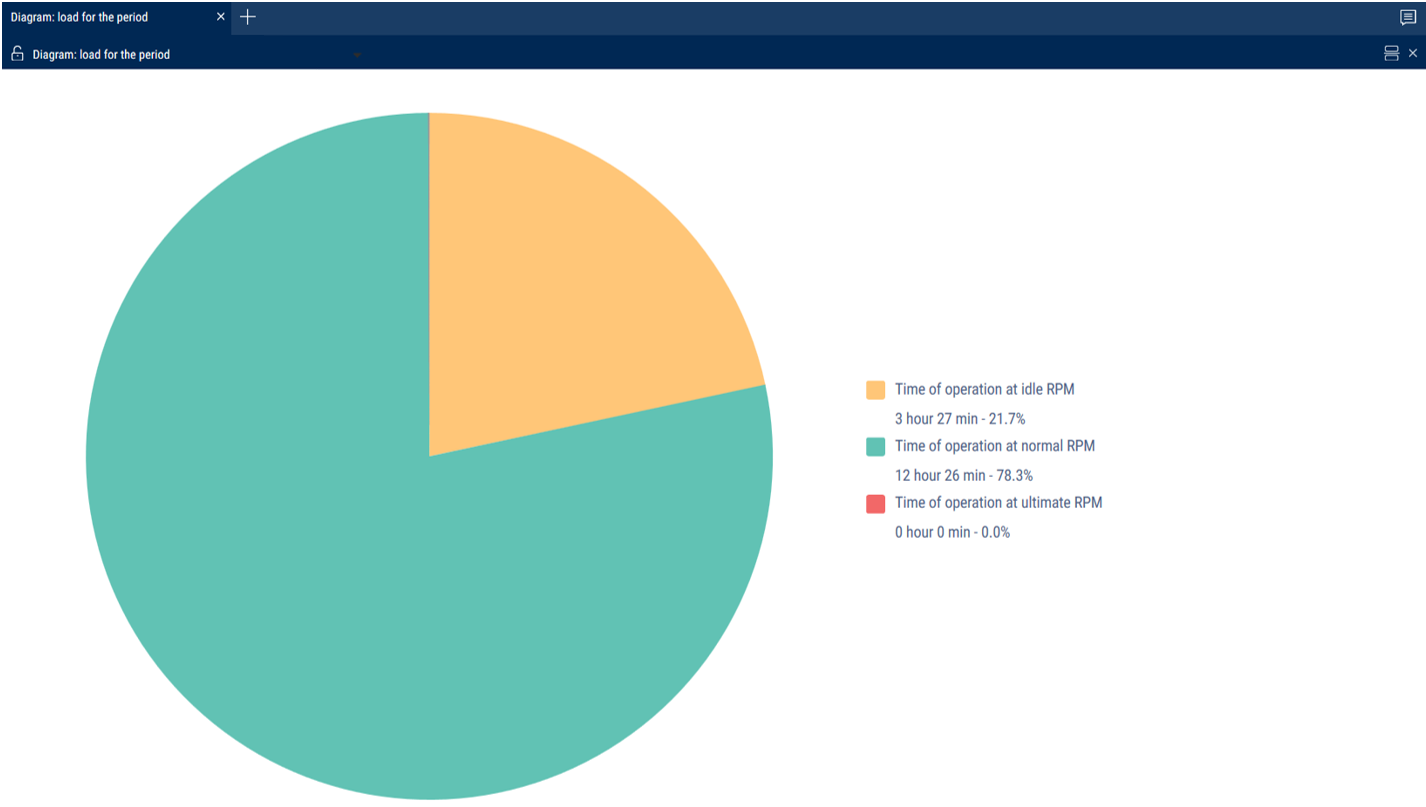 The load diagram for a period of time displays the ratio of the period of time to the engine running time at idle, at nominal load, and at full load.

The following color designations are used in the report:

The report displays the time in hours and as a percentage of the total time of the period that the VH worked: at idle, under normal load and with excess of ultimate load.